Just like some people there are lots of plants that don’t like the cold harsh Winters.  Some tend to die back underground in the depths of  it all and reappear in Springtime.  There are others who have less chance to  survive that way, so to keep them going I have acquired  for them a special house of their own and placed it in the garden in a spot that will get any winter sun that happens to be about.  Endlesss pots of  geraniums and mint are amongst those who have sought refuge as well as various pots of bulbs that have been under squirrel attack. 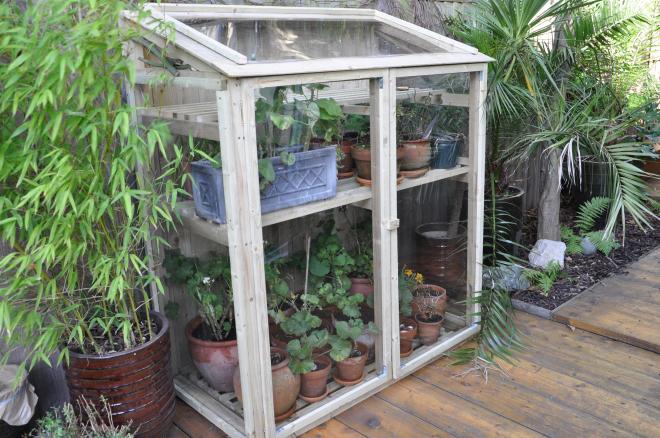 The mini greenhouse also has a top that opens up separately which will be ideal for starting off seedlings for next year.  It will help keep the seedlings free from any late spring frosts that can sometimes unexpectedly appear and sabotage young seedlings. mmmmmmmmmmm cosy!

It’s also time for the lemon tree to come inside as the risk of freezing night temperatures become more of a reality.  The tree has now grown so big and it could not be housed by the mini greenhouse – so I brought it inside to the conservatory for winter protection.

The pretty heathers are still sweetly blooming, and the joy of all joys, the hellebore , is just beginning it’s flowering season and popping out generous numbers of beautiful white blooms.  Last Springs primroses are also “having a go” at adding some winter colour alongst the landscape. 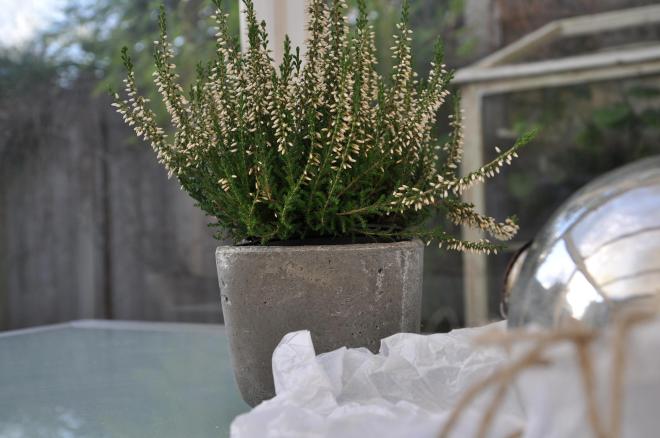 Just back from a trip to Ireland and judging by what I saw blooming about over there  they seem to be having a pretty mild Winter so far. (or are the plants getting hardier??)  There was a giant fuschia in my mums garden, keeling over with flowers,  blooming like it was mid summer.  It was coupled with the deep red fading heads of a huge hydrangea bush opposite . True poetry in motion. (note to self get some cuttings for my garden when the time is right!). 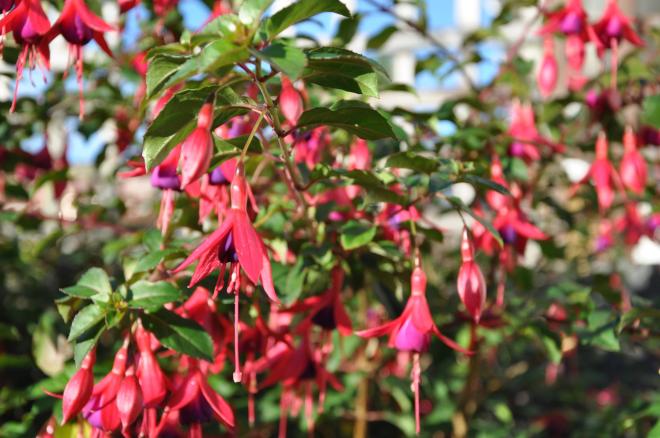 The blooms were so bright and vivid and the colours were so seasonal it was almost as if the celebration birthday cake (made by me and a friend) which was  topped with pommegranate was specially commissioned to work hand-in hand with the garden.  A beautiful blend and celebration of food and nature befitting a queen!